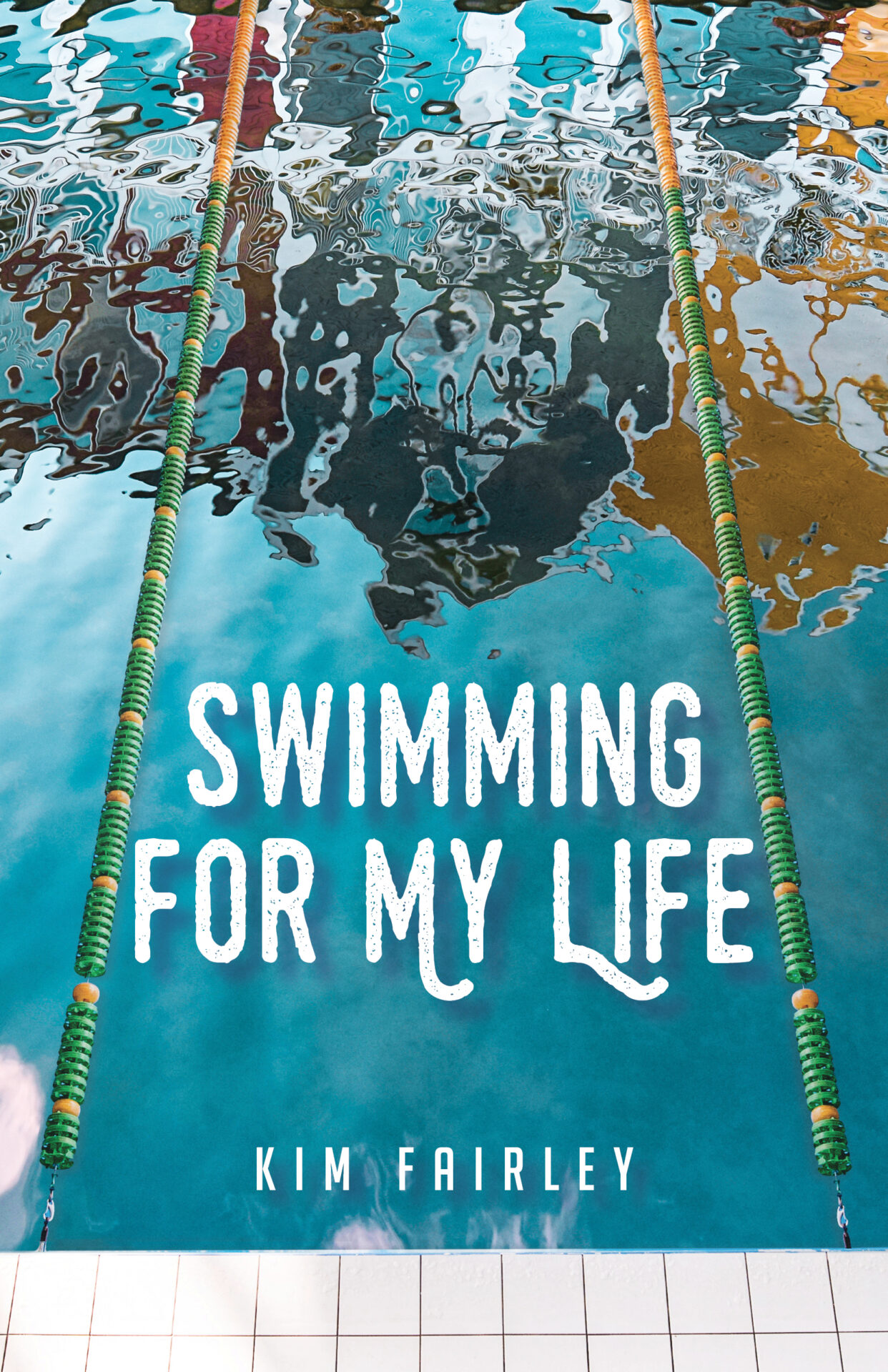 TO PREORDER THE BOOK

SWIMMING FOR MY LIFE

In 1970s Cincinnati, Kim’s overwhelmed, financially stressed parents dragged her and her four younger siblings into swimming—starting with a nearby motel pool—as a way to keep them occupied and out of their way. When Kim was eleven, they began leaving the kids at home with a sitter while they traveled the Midwest, where they sold imported wooden ornaments from their motorhome. But when Kim’s six-year-old brother crashed his new Cheater Slick bike and the babysitter deserted the children, what started as an accident became a pattern: Mom and Dad leaving for weeks at a time and the kids wrestling with life’s emergencies on their own.

As Kim and her younger sister coped in the role of fill-in moms while dealing with the stresses of elite swimming, she struggled to shape her own life. She eventually found strength, competence and achievement through swimming—and became the second female swimmer to win a full ride to the University of Southern California, where she earned two national titles.

Swimming for My Life is a peek into the dark side of elite swimming as well as a tale of family bonds, reconciling with the past, and how it is possible to emerge from life’s turbulent and lifesaving waters.

Praise for Swimming for My Life

“Swimming for My Life is a memoir of a childhood riddled with events most would never speak of. Fairley’s pure, raw honesty keeps you wanting to read, page after page, as she starts to question whether she is living her dream or someone else’s.

—Dara Torres, twelve-time Olympic medalist in Swimming and author of Gold Medal Fitness and Age is Just a Number

“. . . a must-read for all parents who every day leave their children in the care of others.”

—Donna de Varona, Olympic Gold medalist, author, broadcaster, and member of the Executive Board of the USOPC

“Kim Fairley has drawn a poignant and vivid portrait of how her eating disorder developed in the perfect storm: neglectful, demanding parenting and the harsh, grueling, pressured atmosphere of competitive swimming. This compelling book will make you squirm, pray, and applaud Kim’s resilience.”

—Judith Rusklay Rabinor, Ph.D., consultant for The Renfrew Center Foundation and author of The Girl in the Red Boots: Making Peace with My Mother