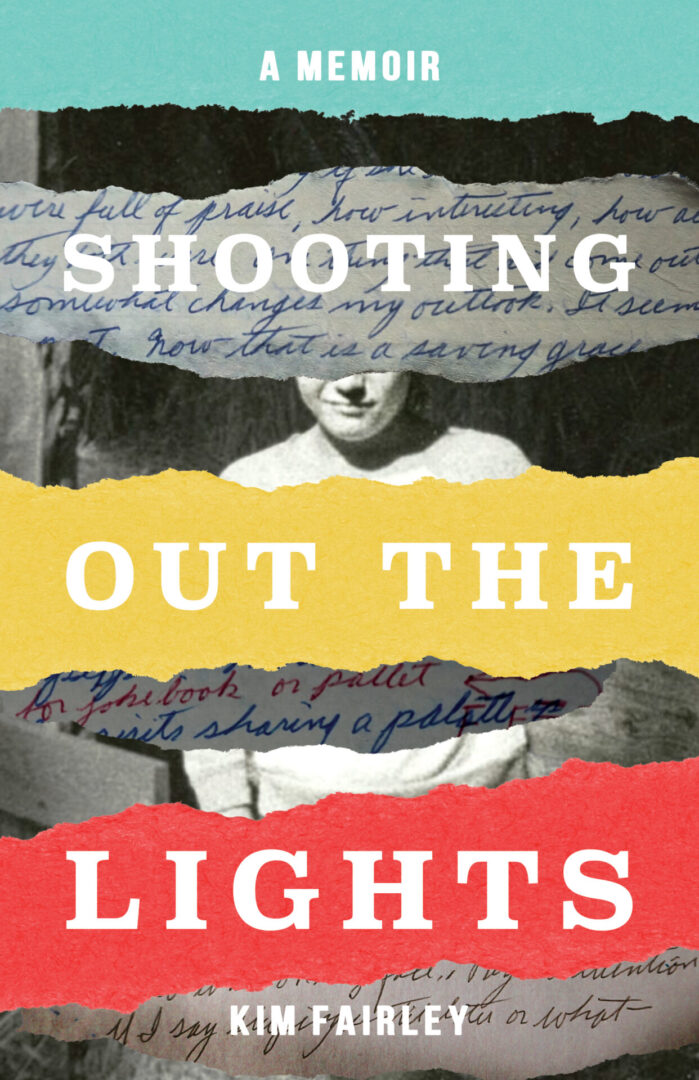 SHOOTING  OUT  THE  LIGHTS

When she was twenty-four, Kim Fairley fell in love with and married fifty-seven-year-old Vern. Something about him―his quirkiness, humor, and devilish smile―made her feel an immediate connection with him. She quickly became pregnant, but instead of the idyllic interlude she’d imagined as she settled into married life and planned for their family, their love was soon tested by the ghosts of Vern’s past―a town, a house, a family, a memory.

Shooting Out the Lights was published by She Writes Press. The story explores the challenges faced in a loving marriage. It also explores the ongoing, wrenching aftermath of gun violence and the healing of confronting the past.

To order the book:

Praise for Shooting Out the Lights

"This real-life mystery is as riveting and absorbing as any genre fiction."

"Fairley chronicles hopes and despair as well as the reconciliation of her love for a man deeply impacted by tragedy. She is a keen observer of the before and after of events and how profoundly they shape everyone involved. The author carefully explores difficult themes, tackles the importance of understanding and accepting mental and physical health needs, and honors the legacy of her marriage. It is a story that resonates long after one finishes reading."

--Dylan Ward, The US Review of Books

"It is through Kim’s honesty, transparency, and emotional turmoil that makes Shooting Out the Lights a memoir that will challenge the notions we have of motherhood and its obligations. This is definitely a book you won’t want to miss."

"A riveting book that builds ominously."

This video about Ruth Anne Coxe is part of an exhibition by artist Pola Esther at the Florence Griswold Museum in Old Lyme, Connecticut. The show was on view from September 30, 2017, through January 29, 2018.

The museum described the exhibition as "a portrait of the complex and unconventional activist Ruth Anne Brown Coxe, who died at age 85 in 2015. Coxe was an embattled figure who clashed with others on politics, womanhood, and religion."

The contemporary photographer, Pola Esther, lived in Coxe's neighborhood and was moved to create a mixed-media portrait of Coxe. As a result, Esther's photographs and installation pieces provide a vivid picture of Coxe, the mother of Stanislaus, one of the central characters in "Shooting Out the Lights."