Audio excerpts from a conversation about "Swimming for My Life:" 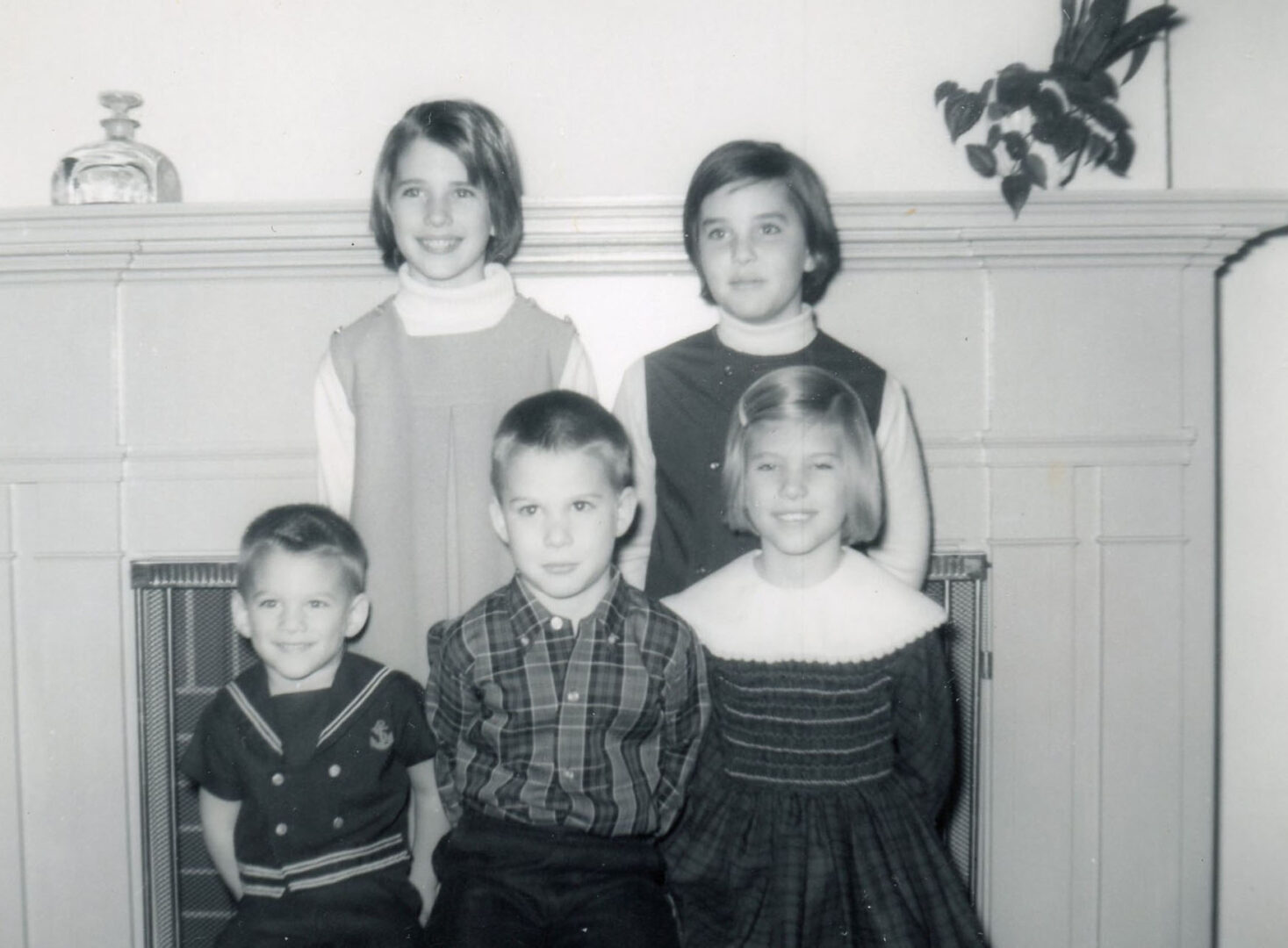 I knew my job was to swim well. That was my part of the family. When my parents would go on the road traveling, and they would do this every month, they would go for a week or two. They would sell these imported gifts from European countries. And when they would leave us, they would expect us to handle everything. We fixed the meals, we took care of the cat and the dog, and we got the mail. We opened their mail and pulled checks from their mail. We rode on our bikes down to the bank and deposited the checks and we would go to the grocery store and pick up groceries and put them on our bikes and ride back home. My sister learned she could write a check for a little bit over the amount and we could have cash to buy candy or whatever. I mean it was just, from day to day, we were winging it . . . 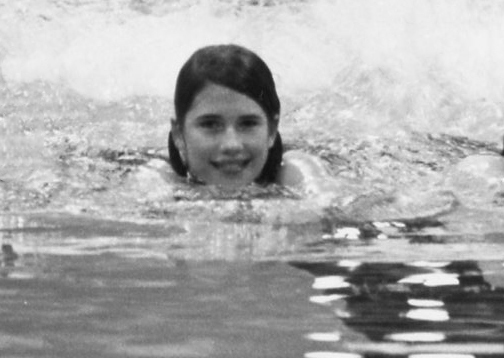 On Swimming as Adolescent

In swimming, or any intense sport, the athletic environment becomes your family. You can’t help it. You’re there so many more hours of the day than you are at home, so the influence is greater. It was difficult that my parents traveled. They were on the road a lot. And it was very difficult for us to be left alone for long periods of time. But swimming filled in that gap in a way. When I look back, I think it needed to be more functional. It really needed to be a safe place, and it wasn’t. It’s hard, when kids are breaking records and tearing up the pool, it’s hard to look at it and say, “Well, something’s wrong about this.” It’s difficult to be critical, but over time, it’s very easy to see the impact of the kind of micromanagement that we had as swimmers. 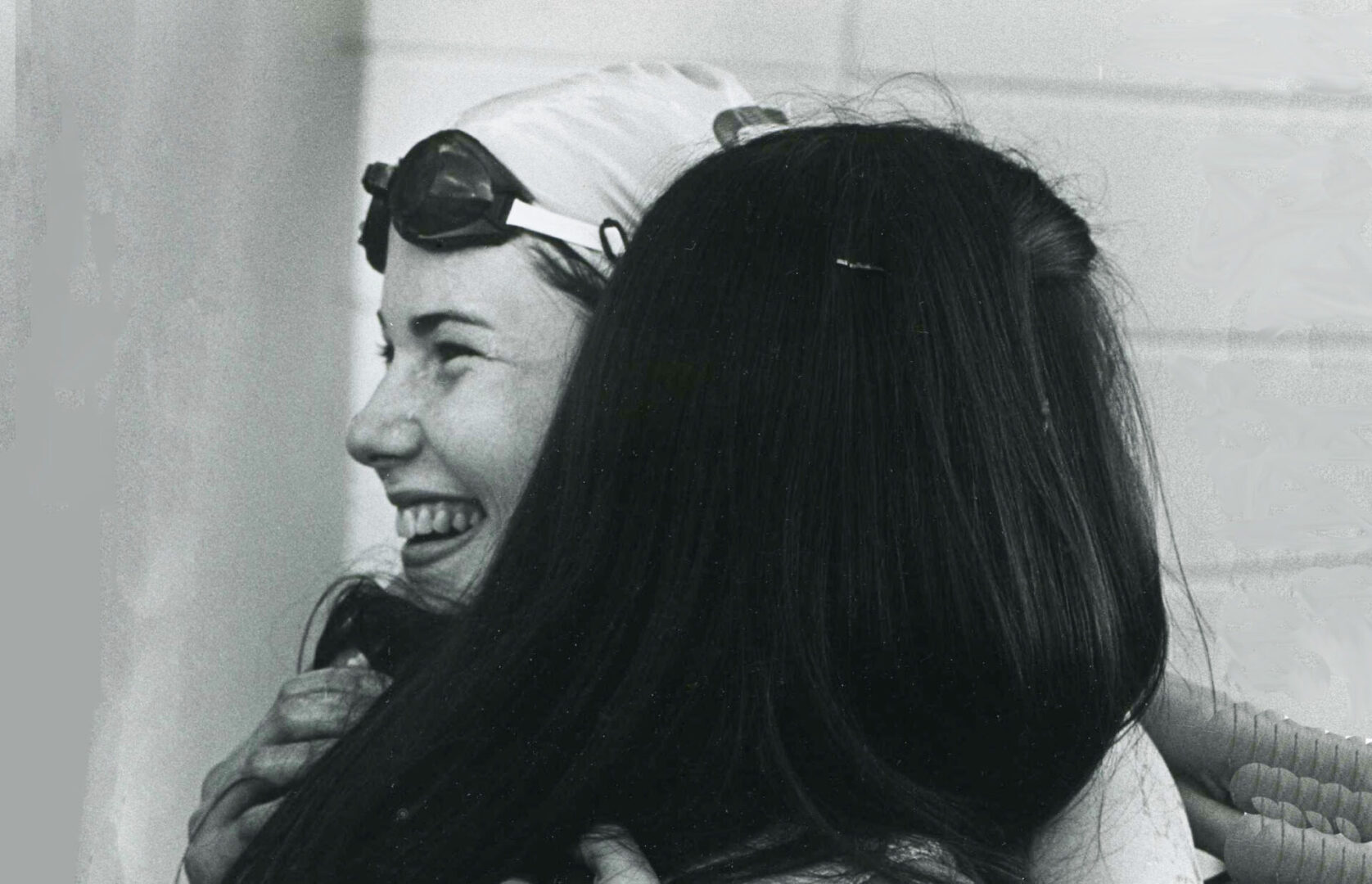 On swimming at USC

Anyone who swims in college has reached an elite level. When I did really well at nationals, it was very exciting. I really only won by a fingernail, honestly. It was very hard to even see it. I feel really grateful that I swam as well as I did, and it was just an unbelievable experience. I really felt, for the first time, that all the hard work paid off.

In the 1970s, there were very few female coaches, and Pokey Watson Richardson had been an Olympian and was married to an Olympic Team doctor. She was very tuned in to all of us, I felt. I mean, I discovered in college that you could actually have a very difficult practice or a very difficult week of practices and not have the abuse. . .

For a bit of backstory, these are some excerpts from a conversation about "Shooting Out the Lights:" 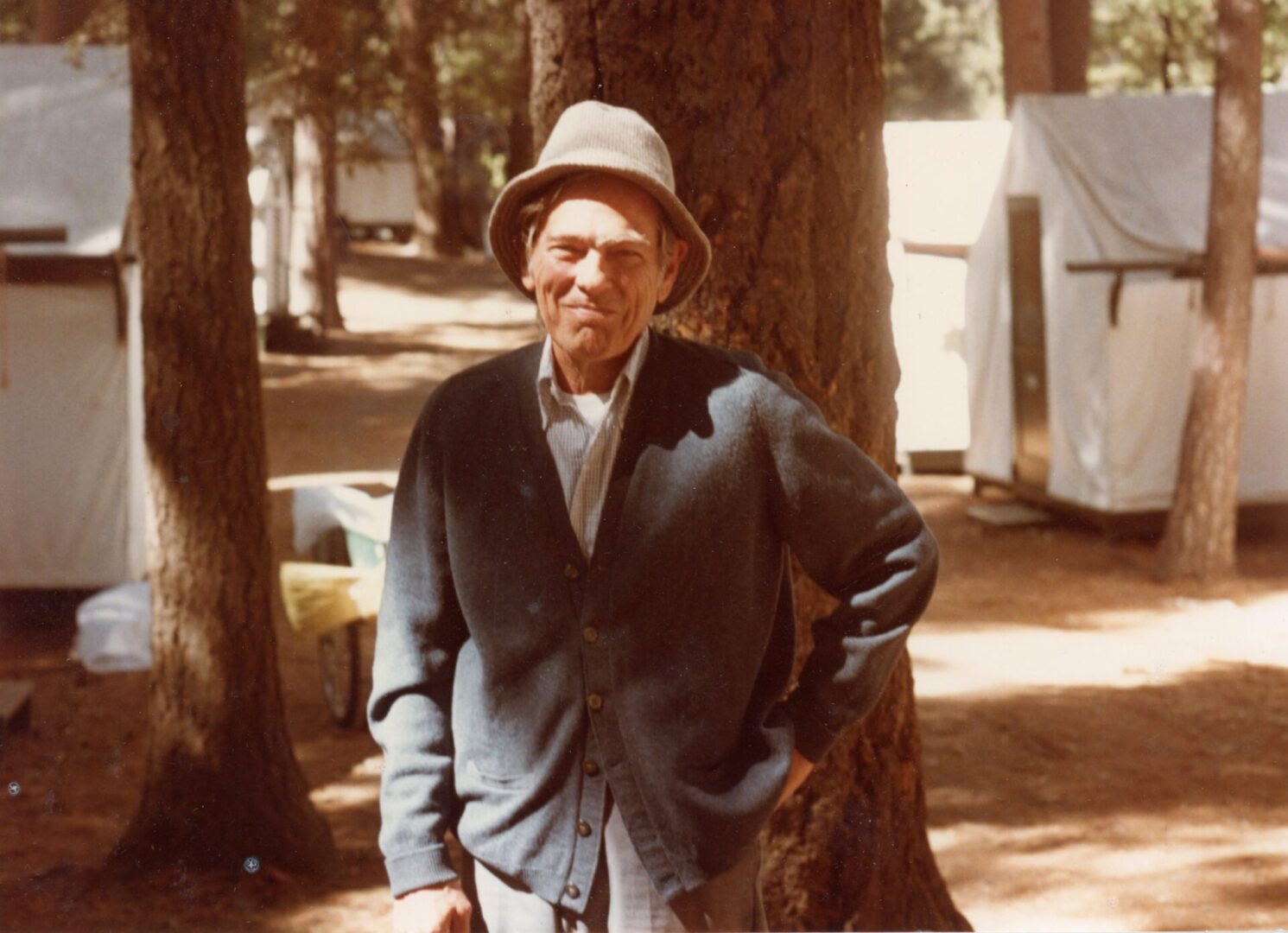 Vern was this incredibly unique character . . .  I don’t even know what grade he was in, but he and his friends arranged to skip school. They climbed through the window of one of their classes, and they met at the standpipe, which was the town's water supply, and they climbed to the top of the standpipe and went skinny dipping . . . They said that the old Detweiler sisters boiled their water for three months after that.

It was a big scandal, but he would shoot out the insulators from the telephone wires when he was a kid. He was accused of throwing a pie in his neighbor’s face. They moved to town and opened the door and were like “Hello!” and Vern threw a pie in his face.

He was a character. That history was important to me. I just loved hearing these stories. But he was a fixture in the town. . . 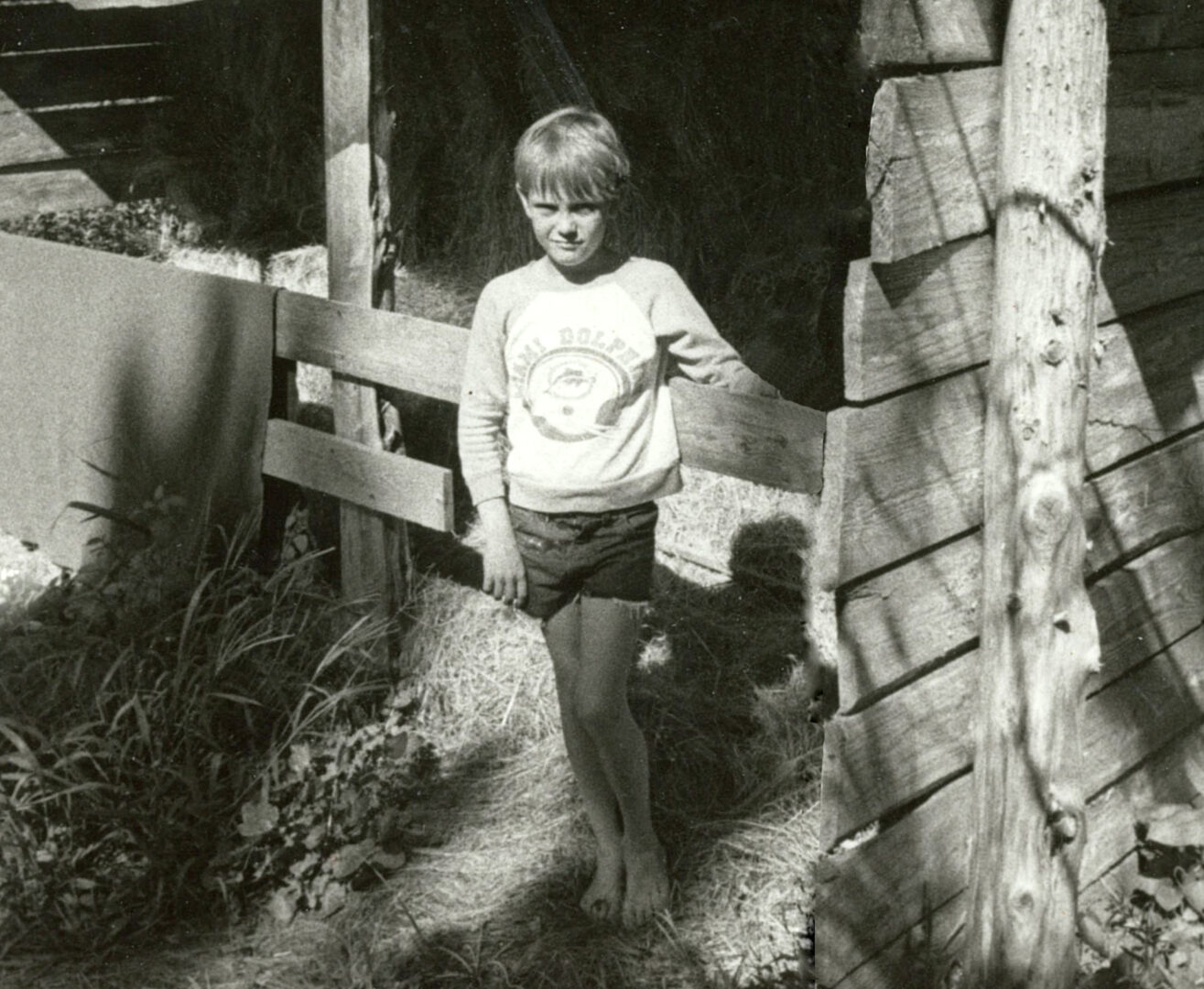 Stan . . . came from 800 miles away, from Old Lyme, Connecticut, to Hillsboro, Ohio. His mother was going through this awful lawsuit. He was also grieving the loss of his father, who had died the year before. This was a boy who had not been to school. He was eleven years old, he had not been to school, he had no friends, he had never been to a doctor or a dentist, never watched any television. He’d never been to the grocery store . . .

I think that we all wanted to connect. We all have these relationships that we know of or are a part of where there’s a wide difference in either religion or race or culture or gender – whatever it is that makes us feel that we’re different . . . Even though what happened to us was . . . unique, our relationship wasn’t all that different. We had the same kind of struggles.

I do think that Stan forced us to hold up a mirror to our marriage. . . 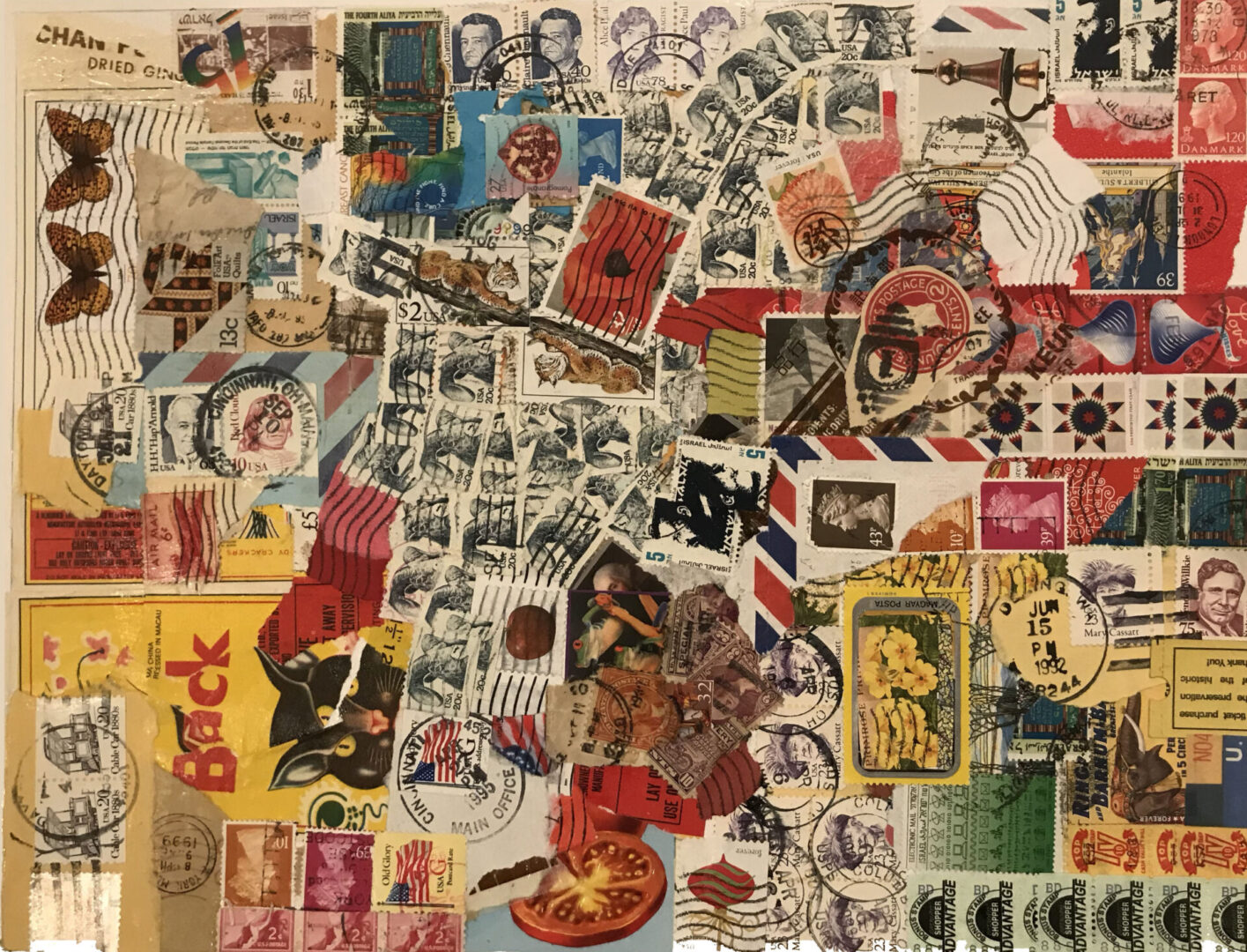 For me, it’s a little bit like creating a collage. You know what you want to put in the collage, and you put them on the page. You know the colors, you know the kind of rhythm you want to create, and then you realize there’s this kind of transition problem.

You’ve got to have one element transition nicely to the next, and so you work on the transitions, and sometimes you have to peel away certain layers in the collage to make it more visually appealing. For me, it’s the same kind of process in writing.

You have to constantly move parts around to get it right. Because we have these stories in our heads, but we make these jumps in our heads that readers don’t always make. I’ve found that I have to make those transitions understandable to the reader. 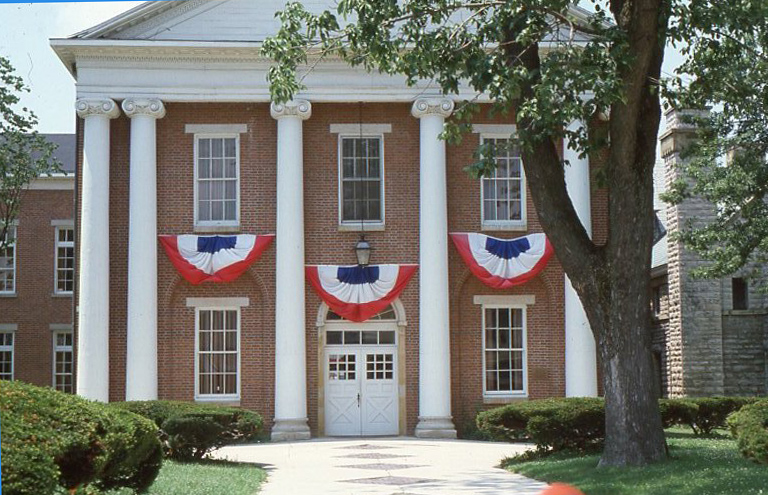 Place is like a relationship. When you leave, your memory is frozen in time, and I feel just this incredible fondness for Hillsboro and the surrounding areas. Hillsboro, as a city, was such an important part of our relationship. I felt completely embraced by Hillsboro. I loved the history of it.

It had been the home to several governors. It was considered the Cradle of the Crusade, which was the Temperance Crusade in the 1870s. It was a stop on the Underground Railroad. I felt I was in this fantastic place where I could make a difference. So that was kind of a good feeling to have that opportunity, and small towns allow that.